Because I'm NOT "all about that bass"

Today's post is probably a little controversial but after a recent conversation I had with my youngest daughter Alicia or Lissy as we call her for short, it compelled me to write this post.

Over the last couple of months I have seen people post images on social media regarding women's size and how men "prefer women with curves" etc and then theres the Meghan Trainor hit song All About That Bass which too promotes the curvier woman, this is great and it's good to promote curves but something that struck me and was also brought to my attention by Lissy who is by the way a UK size 4 to 6 (US size 0) was that you don't ever see such images or songs promoting what people would describe as "skinny women" and she's right you wouldn't.

Now I am not a skinny girl by any stretch of the imagination,  I am a UK size 16/18 and was a UK size 20/22 but I have recently lost a lot of weight for some unknown reason ( I haven't tried to) But what I'm trying to say is, I am what some might say a "curvy woman" but I don't think it is right for such images to be promoted or songs like all about that base to be praised and loved by women all over the world. What sort of message is this sending out to young people? The wrong one in my opinion. 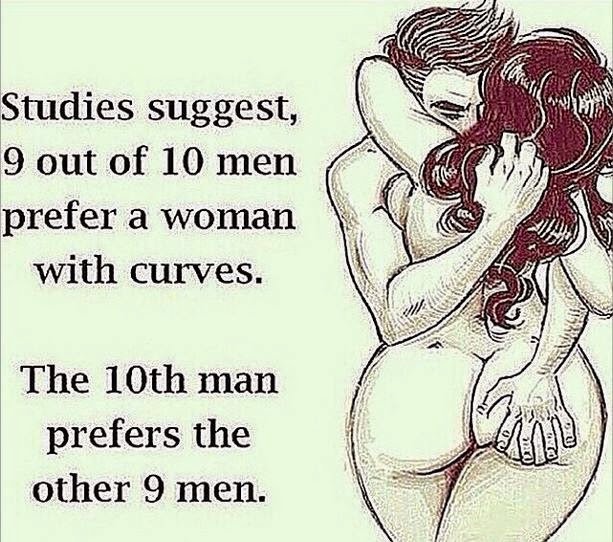 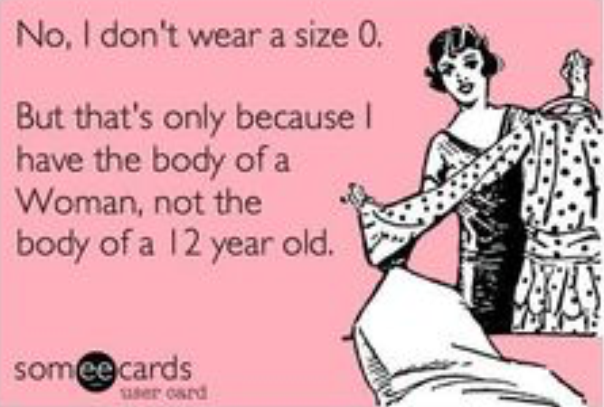 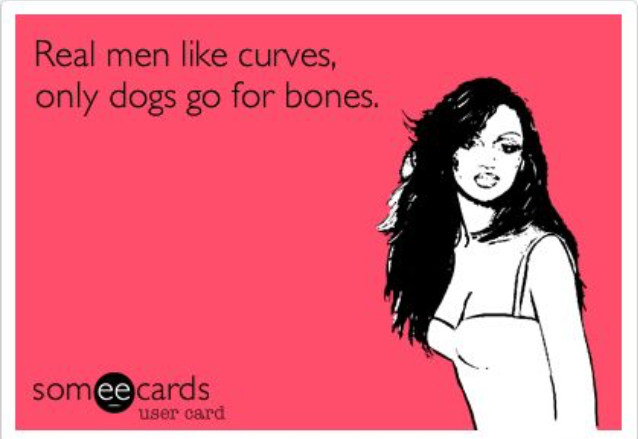 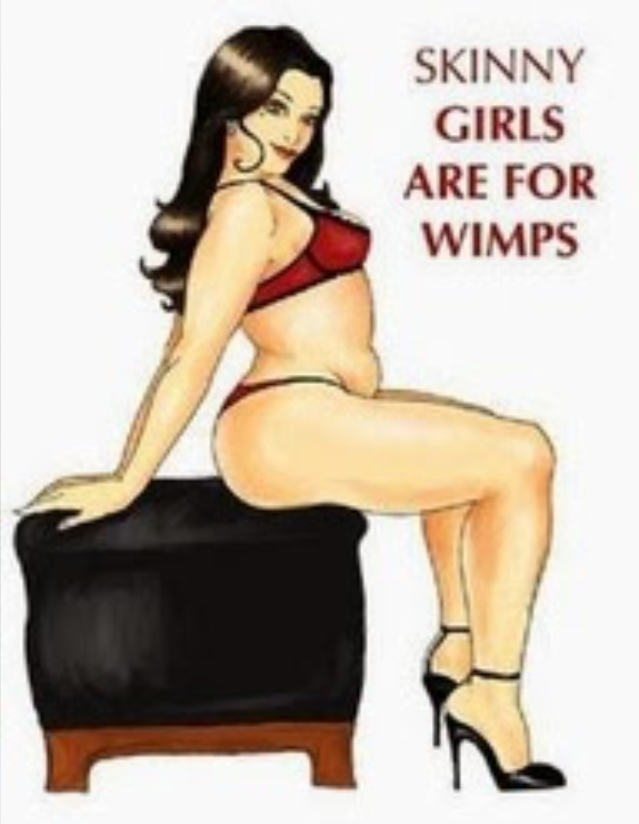 All the images above are what you could say is promoting women with curves, but it is also saying that men aren't real men if they don't like a "curvy woman" the top image is basically saying men who don't like a curvier women must like men and the bottom is saying that if a man likes a skinny girl he's a wimp, so Lissy's boyfriend Will is a wimp? My best friends husband is a wimp? My brother in law is a wimp? no none of them are wimps, and yes I know these images aren't real life quotes but they do impact on the thoughts of others and of those who see such images posted on Facebook. A lot of teenage girls have Facebook and can see these type of images, what sort of message is this sending to them and others too? That we have to look a certain way to be accepted, and it's wrong!

The lyrics in the Meghan Trainor song state " Yeah my mama she told me don't worry about your size, boys like a little more booty to hold at night" and "tell them skinny bitches" this is basically saying that again males prefer a larger female.

What I'm trying to get across in this post is, why can't men like girls who make them laugh? Girls with a nice personality? Girls with a brilliant sense of humour? Girls who can hold a really interesting conversation? Why does it have to be about size?

No matter what size we are people will have something to say, there was a recent "tell a friend they're fat" day, what on earth? Again all size related media rubbish, what about a "tell a friend they're beautiful day" nope that won't be heard of, and images like the above with "men prefer girls with a fabulous personality" won't ever be seen on social media either and it's wrong, the message being sent out to young impressionable girls and the next generation is all wrong and also what about the "skinny bitches" as Meghan Trainor so eloquently puts it? My daughters are both tiny, yes my eldest has an ED but my youngest doesn't, she is just tiny, she has size 3 feet and tiny hands too, she's just made that way but it doesn't mean her boyfriend prefers men or is a wimp and those images and the Meghan Trainor song are very offensive to her and as I said earlier in the post would we ever see a song being a hit that was offensive to larger women, would we heck and rightly so but why is it ok for there to be one clearly being offensive to smaller girls and saying men prefer larger women, do they? Is this a scientific fact? No it isn't! Size bashing is wrong no matter which way it is directed.

Lissy was bullied at school very badly and one of the things used against her was her size, she was called anorexic and taunted because of how tiny she is, other girls are bullied if they are deemed too large or they are even slightly larger than their peers, why is size so important? Isn't who we are as people far more important than our size? Why do images like this exist and why do songs like all about that bass become hits? Because of the society we live in and this post won't change that but things do need to change, the images above are discriminatory against smaller women, and to suggest men are wimps or dogs like bones etc is awful, we are what we are, tall, short, large, small, blonde, brunette, does it really matter? I have friends and family who are all different shapes and sizes and I love each and every one of them for who they are and Simon and my girls and my friends and family love me and they love me now and loved me when I was a size 8 and they'll always love me, because of who I am not what I look like.

I feel it is important for the younger generation to know that people will like them because of their ability to make someone laugh or a talent they may have or their personality, not because of their appearance but images like this and songs that are released unfortunately won't help that, it is up to us, this generation to tell them that, to tell them to ignore images like the above and to tell them that being a fabulous person is what matters, not their size and for us not to share such images but to share images that promote love for everyone regardless of their size, no more images like the above or tell a friend they're fat days or any other sort of derogatory images or days or slogans or songs, it is so wrong and it is something as you can probably tell that I feel very passionately about.

So as you can tell from this post I am most definitely NOT all about that bass and wanted to air my views and get some feedback from you all too, if you are smaller in size do images like the above offend you? Does the Meghan Trainor song offend you? And if you're larger in size do slogans and images offend you? How do you feel we can move forward to help the next generation see that size really doesn't matter?