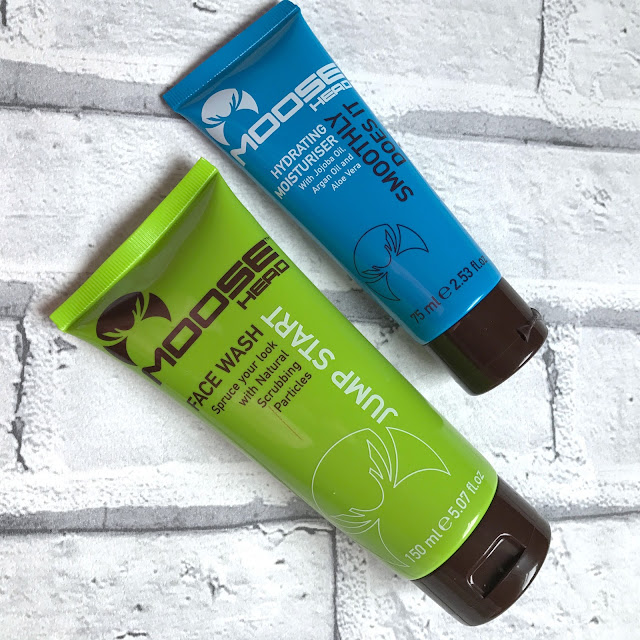 Primark are killing it at beauty wise at the moment and it's brilliant to see various different brands in store. One of the latest brands to launch in Primark's beauty hall is Moose Head, Australia's number one male grooming brand, and Moose Head have recently expanded it's hugely successful range to include two new skincare products.

I was very kindly sent those two products for Simon to try and he has been trying them out for a few weeks now and today I shall let you know his thoughts. The products I received are the Moose Head Jump Start Face Wash and the Moose Head Smoothly Does It Hydrating Moisturiser. 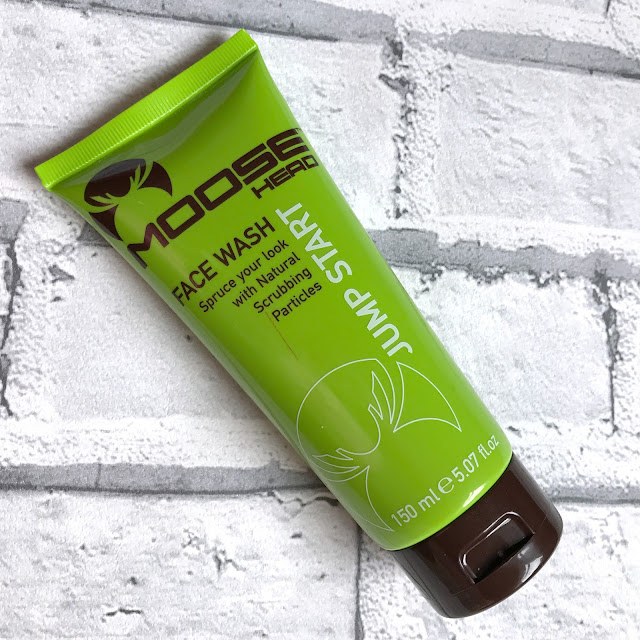 The packaging of the Moose Head products is nice and bright, I like the bright green and blue and the Moose Head logo on the front is quite subtle, there is some information on the product on the front of the tube and more on the back with instructions for use.

What Moose Head Say About The Face Wash

Created with natural walnut scrubbing particles, the face wash works to remove dirt and impurities whilst softening the skin and beard. The scrub helps to loosen and remove dead skin cells creating the perfect pre-shave base.

In all honesty, when asked what he thought of the packing of the products, Simon wasn't too bothered, I said I liked the bright colours but he said he doesn't really go off packaging when looking for products but he did like that the products were different colours making it easier to find the products should he be looking in store. Simon also thought the lid of the tube opened with ease and the hygiene tab was also easy to remove. 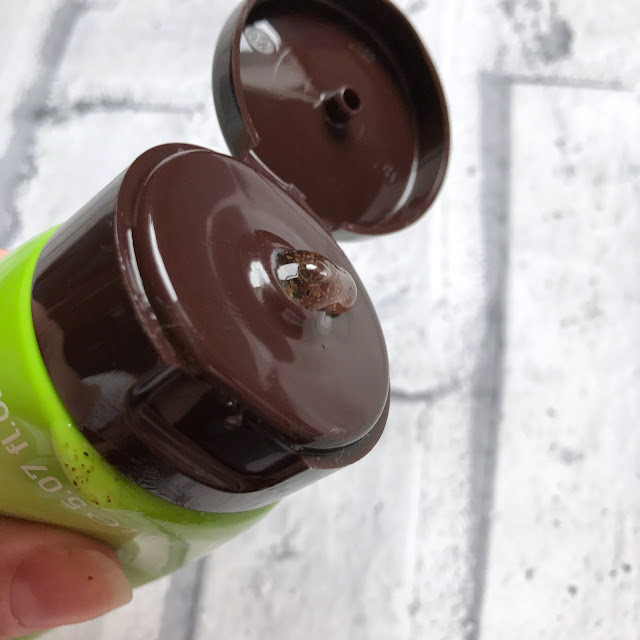 Simon has been using the Moose Head products for a few weeks now, he did want to tell me his thoughts after the first use but I said with skincare you really need to try it for a few weeks to see if you notice a difference, and I didn't know if he would stick to it at first, but he has and I'm really grateful to him for being my guinea pig.

Simon doesn't have a beard but he only shaves once a week as he likes to have stubble (I think he's channelling his inner George Michael) He has used the face wash when he is clean shaven and when he has stubble. 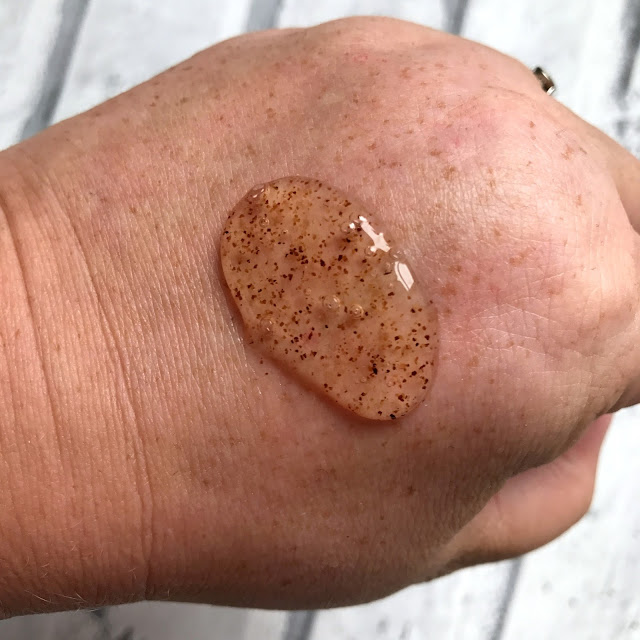 Simon noticed when using the face wash when he had stubble, his stubble felt softer and when he used the face wash pre shave, he said he did feel as if shaving was easier. His skin also felt very clean and soft, to give you some idea of Simon's skin, Simon has normal/oily skin and had acne as a teenager and still gets the odd acne blemish. He has used the face wash three to five times a week for the last few weeks and likes the way he skin feels after using it. 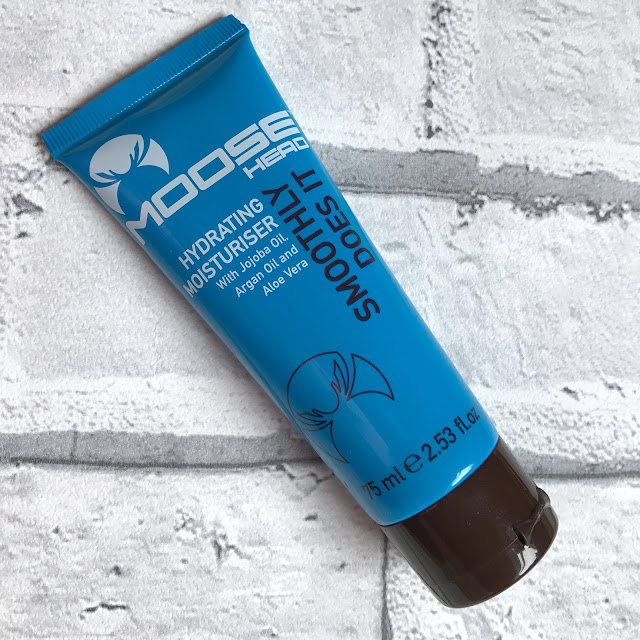 What Moose Head Say About The Hydrating Moisturiser

This super hydrating dual action moisturiser works to keep the face and facial hair smooth and conditioned. When used with the Moose Head Face Wash the pair guarantee to keep the face looking fresh from day to night, beard or no beard. 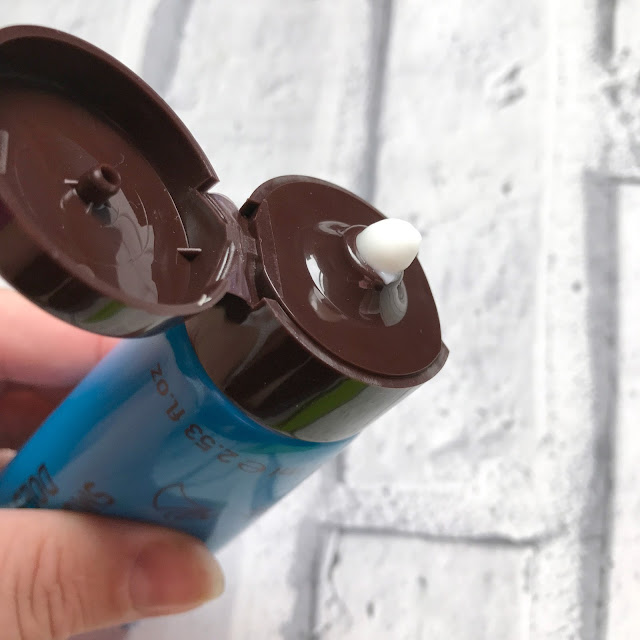 Simon has been applying the Moose Head Smoothly Does It Hydrating Moisturiser once or twice a day for the last few weeks. Simon has normal/oily skin but I do think his skin was dehydrated too, before trying the Moose Head products, Simon didn't have a skincare routine as such, he will use samples he has but not regularly enough to have a skincare routine, so it felt alien to him at first to use a face wash and moisturiser on a daily basis, when I asked him what he usually does he said "I wash my face in the shower using my shower gel or use the soap on the sink" can I point out that the soap on the bathroom sink is in fact antibacterial hand wash! 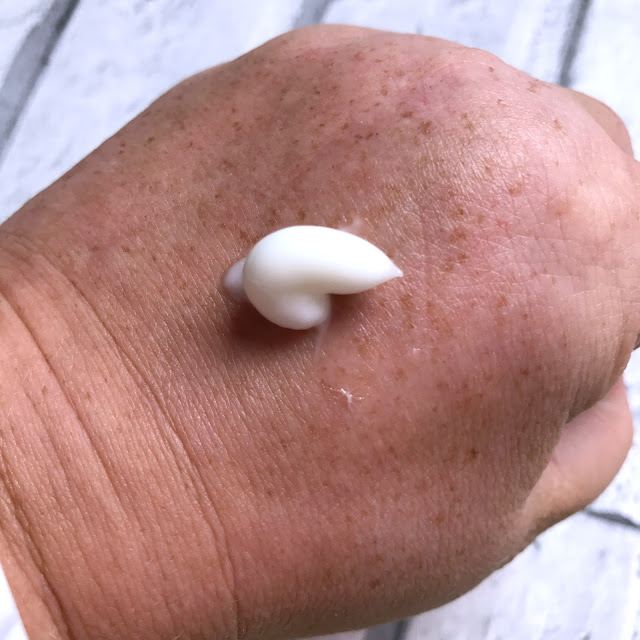 Simon said, like the face wash, the moisturiser has a nice scent and he said it rubbed in nicely to his skin, sank in well and left his skin and stubble feeling soft, in his words "my face feels soft as a babies bottom" so I'm assuming that's a good thing.

Simon said he likes the way his skin feels after using the face wash and moisturiser and he does think his skin is looking better, when I asked him how it looks better he said "it feels really nice and looks shiny and healthy" in blogger terminology that translates to, his skin feels soft and smooth and looks brighter and more radiant, when he read this, he laughed and said "that's what I meant".

Not having a skincare routine, Simon didn't have much to compare the Moose Head products to, but I asked him to use some of the high end skin care samples we have from a couple of different brands to see if what the difference between those and the Moose Head products was. Luckily Simon had a couple of samples of face scrub and moisturisers to try and after using the high end products I asked Simon what the main differences between the brands were and he said "apart from the smell, nothing".

I didn't tell Simon the price of the Moose Head products before he used them but after using them and comparing them to the high end products he said "they are really good for 4 pounds each and to be honest, those dear products are no better, the ones I've been using do the job just as well and I wouldn't bother paying loads when I can get really good stuff for a few pounds"

He said he didn't think he was going to like using the face wash and moisturiser and never really saw the point in using skincare, but he has liked the way his skin feels and the way it is looking better too and he said it has definitely changed the way he thinks about male skincare, he has also continued to use the products which I think, says a lot considering before he trialled the products for me, he didn't have a skincare routine at all.

When I asked Simon if he would go out and buy the Moose Head products when his ran out, he said yes he would and I also asked him which product he liked best of the two and he said the face wash without a doubt and just when I thought I'd never make a blogger out of him, he said "they'd be good  at Christmas too, cause you always say men are hard to buy for", finally, I asked Simon if he would recommend the products and he said "yes definitely".

If the man or men in your life, would like to try the Moose Head Jump Start Face Wash and Smoothly Does It Hydrating Moisturiser, they are £4.00 each and available from Primark.