The L'Oreal Paradise Mascara - Worth The Hype? 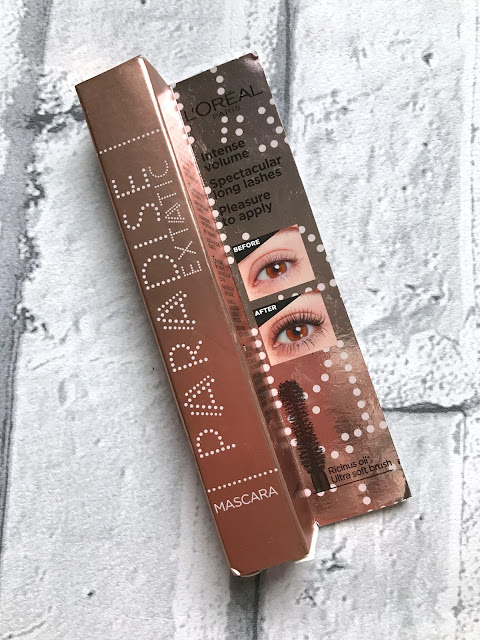 The L'Oreal Paradise Mascara £11.99 has been massively hyped amongst bloggers and on social media since it's launch in the summer, I was dying to get my hands on it and when I saw the lovely Dena had a giveaway for one on her Instagram account I entered immediately and to my complete surprise I won! I never win anything so I was absolutely thrilled, not only because I won the mascara I really wanted to try but because I won something too, and it seems Dena brought me luck because since then I have won 3 more giveaways, she really is my lucky charm.

The mascara arrived the day before I went on my holidays and when I opened the parcel, I was so touched, Dena had not only sent me the mascara but she had put a couple of gorgeous nail polishes in (NOTD post coming soon) and some other little makeup bits and bobs, a lovely notebook and a really lovely print, I was so so touched and it made my day, I have of course thanked Dena but thank you again Dena it was so very kind of you.

As I said the mascara arrived the day before my holidays and being a blogger, I had to take photographs of it before I used it, so I was a good girl and didn't take it on holiday, as much as it killed me not to. A few days after I got home, it was time to take photographs so I could finally use the mascara, I have been using it ever since and today I'm going to let you know if I think it's worth the hype. 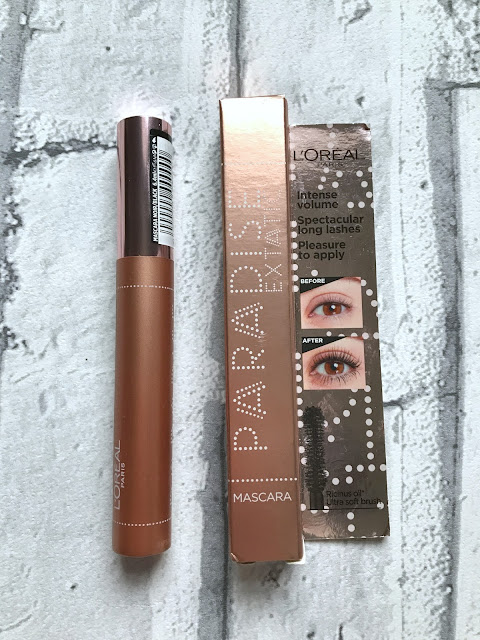 What L'Oreal Say About The Paradise Mascara 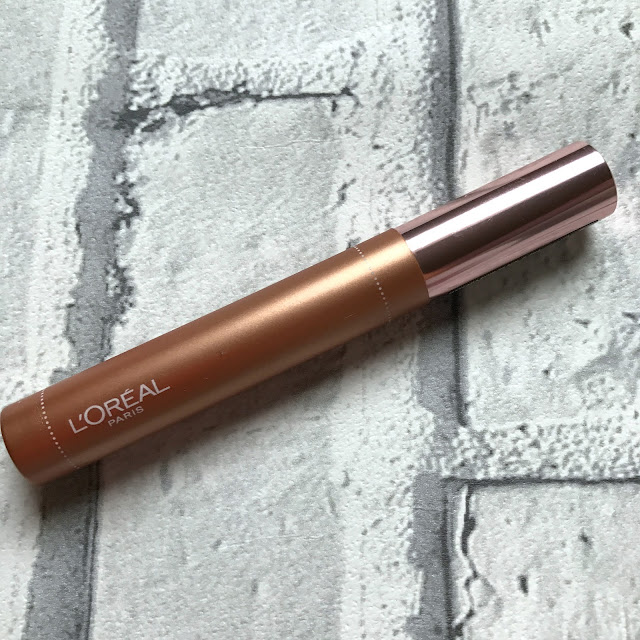 When the Paradise mascara first launched, I had seen a lot of people comparing it to the Too Faced Better Than Sex mascara, which I don't like, it smudges and flakes on me badly, plus I really dislike the brush, I know that is probably a shocker as most people adore it, including my lovely friend Chelsea but I really do not like it, so I was concerned I might not like the Paradise mascara.

That said, I do struggle with mascaras and most smudge and flake on me, I don't know why but I really struggle to find mascaras that don't if they aren't waterproof and some that are still do, so it is a real pain finding mascaras I love so I usually stick to what I know works for me but this mascara had such a lot of hype surrounding it, it drew me in. 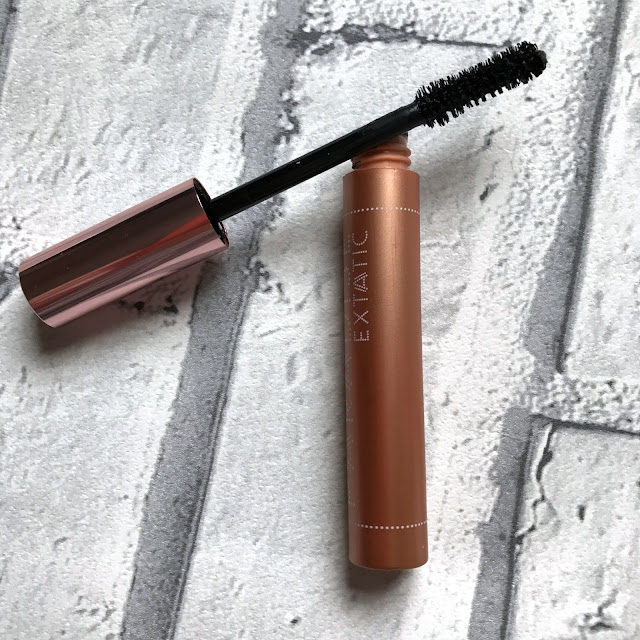 I love the packaging of the mascara, the rose gold coloured tube and lid are lovely and I think the mascara looks more high end than drugstore. The brush is quite big and is a bristle brush and has an hourglass shape. I don't really have a huge preference of mascara brush to be honest, if it doesn't smudge and flake then it's OK by me. 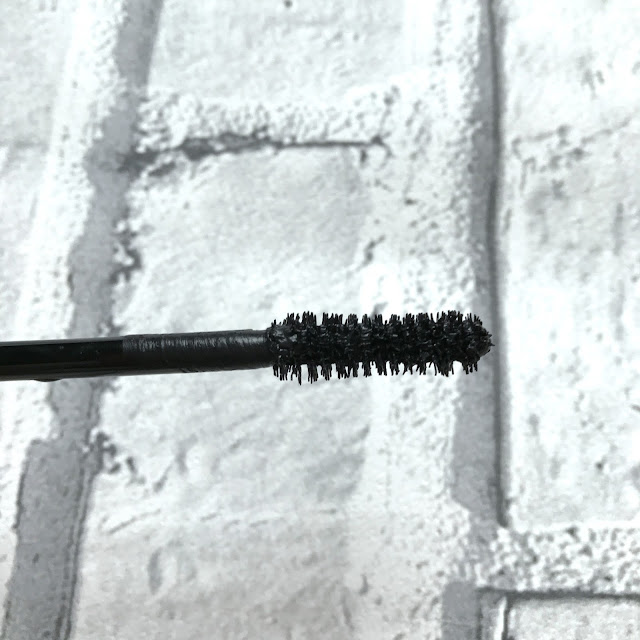 I noticed that the brush picked up quite a lot of product the first time I used the mascara but it isn't an issue, I just wiped the excess off, I found the mascara easy to apply, I can be pretty messy with mascara and usually end up with it on the bridge of my nose but I didn't find I was anymore messy with this than any other mascara and the brush is suitable for both my top and bottom lashes.

The first time I applied the mascara, I was seriously impressed with the way my lashes looked, after just one coat they looked longer, fuller and nicely fanned out. My lashes aren't brilliant and with me being fair, you can't see them, they had been tinted for my holidays so they looked better than they usually would when I first tried the mascara, but the difference was still very obvious.

The photograph above, shows one coat of the paradise mascara on my right eye lashes (left side as you look at the photograph) I think it's safe to say, you can see there is a very obvious difference. I was really pleased with the mascara immediately and one coat made such a difference, so I added another coat and my lashes looked great, some mascaras look really clumpy if you add another coat, but this one doesn't, so I can use one or two depending how dramatic I want my lashes to look.

The mascara removes well with my balm cleanser, oil based eye makeup remover, Bioderma and my Superdrug micellar wipes.

The best thing for me, apart from my lashes looking so much longer and fuller, is that the mascara doesn't smudge or flake at all and it looks just as good when it is time to remove it as it did when I applied it. Now this is a bit of a gross admission but when I returned from holiday, because I had a tan, my makeup consisted of the mascara and a lovely pale pink matte liquid lip stick from Essence, one night I committed the cardinal blogger sin, I went to bed and forgot to remove my makeup! In my defence I was unwell and just got into bed, but the morning after I was shocked to discover my mascara looked exactly the same as when I went to bed and to be fair, it looked exactly the same as when I had applied it 24 hours earlier.

I couldn't believe it, it hadn't smudged or flaked at all and still looked great and although that something I'd rather not admit to, I felt I had to to show you how good this mascara is. I absolutely love it and will without a doubt be re purchasing it, it is so good, my lashes look great and the difference is amazing, plus the mascara doesn't ever flake or smudge and it has incredible lasting power, I am seriously impressed and the L'Oreal Paradise Mascara has to be my favourite drugstore mascara of all time at the moment, it is so so good.

In the photograph below, I am wearing one coat of the mascara and I have been wearing it for several hours. I wanted to show you how it looks with a full face of makeup, rather than just my before and after photograph. 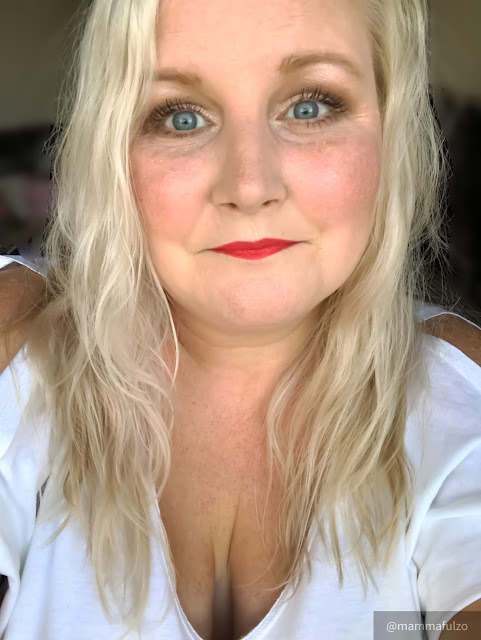 I cannot recommend this mascara enough and if you haven't tried it but have been considering it, please do, you won't regret it. I can't say if it is a dupe for the Too Faced mascara as I have only tried that once, I do like the way my lashes look with that mascara, but it smudges badly on me and flakes too but to be fair, so do most mascaras I try.

If you want longer, fuller lashes that don't clump together, giving you that "one lash" look, then give this mascara a try, it is brilliant and I am so pleased I won Dena's giveaway and had the chance to try it and I will 100% be repurchasing, it is incredible and in my opinion, definitely worth the hype.

Have you tried the L'Oreal Paradise Mascara? Do you think it is a dupe for the Too Faced Better Than Sex? Do you struggle like me to find a mascara that doesn't smudge or flake? And have you ever forgot to remove your makeup before bed?