The Daith Piercing - Is It Really A Cure For Migraine? 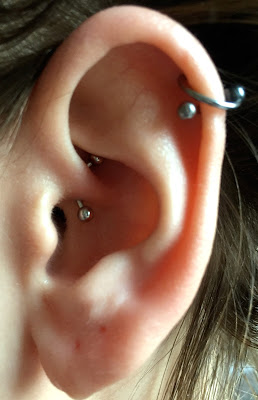 The Daith piercing or "Migraine Piercing" as it's also known online has become very popular recently as a cure for migraine, there seems to be quite a lot of hype around the piercing and I have seen lots of information online about people having it done to cure their migraines. After my eldest daughter, my sister and one of my sisters work friends recently all had the piercing as a hopeful cure for their migraines, I wanted to write a post on the process of having the piercing, the aftercare and most of all if it worked for them as I thought it might help others who are also considering having the piercing as a cure for migraine.

A Bit Of Background Info

Cole, my sister and Leanne spoke about having the piercing and they decided they would all have the piercing done. Lissy and I decided against it as there is no guarantee of it working and we both found having our helix pierced very painful, had there been a 100% guarantee we would have perhaps had it done.  Cole had her piercing on the 28th January 2016 and my sister and Leanne around 2 weeks later.

Having The Piercing & The Pain/Aftercare

Cole went to a reputable piercing place and spoke to the man who did it at length before having the piercing. Before doing the piercing Cole had to read through and fill in some paperwork, the piercing was done without numbing the area because the man who did it said he didn't numb piercings, Cole is used to that as the place we had our helix pierced didn't use any numbing spray/solution either. The piercing didn't take very long but was painful, on a scale of 1-10 with 1 being not painful at all and 10 being the worst pain ever Cole said it was around an 8. Cole was given an information sheet and an aftercare sheet along with some antibacterial/antiseptic lotion, she was told to clean around the piercing with a salt water solution and use the aftercare lotion she'd been given after using the saltwater solution, the man offered for Cole to go back after 12 weeks and said he would change the jewellery if she wanted it changed.

My sister and Leanne's experiences of having the piercing were slightly different, they had theirs done at a different place and they did numb the piercing site first before doing the piercing. They were told not to use salt water to clean the piercing site and to use savlon spray instead. My sister said the same as Cole about the pain afterwards and it throbbing for a few hours but then it only really being sore if she caught it for around a month afterwards. All 3 piercings seemed to heal at very similar rates. 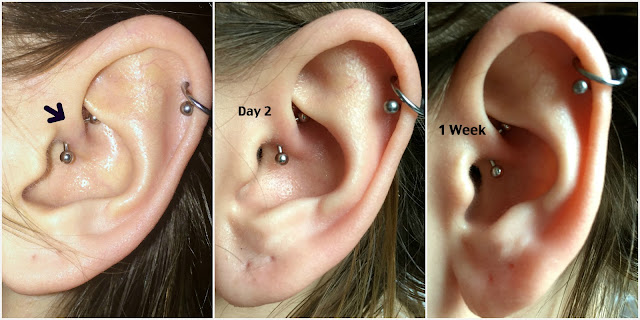 Coles piercing - L-R The piercing 2 hours after being done, day 2 and 1 week later

Did The Piercing Work?

After first having her piercing Cole didn't have any migraines for 6 days and then on the 7th day she had a terrible migraine and was very sick, since then she has had around 1 and sometimes 2 migraines a week so they have subsided. Unfortunately my sister hasn't seen any improvement at all in her migraines and Leanne was headache free for 3 days after having the piercing but since then her headaches and migraines are just as bad.

So out of the 3 of them Cole is the only one to see any sort of improvement but isn't cured completely from having migraines, the people in the articles we read all stated they were completely free of migraine from day 1 of having the piercing but it hasn't been the case at all for Cole, my sister or Leanne unfortunately, and I have to say I wonder if Coles migraines decreasing is more a coincidence than the piercing.

What do you think? Have you had the Daith piercing for migraine and are now completely cured? Or do you know someone who has? Or have you had it done and are still suffering? Chat with me in the comments and let me know. 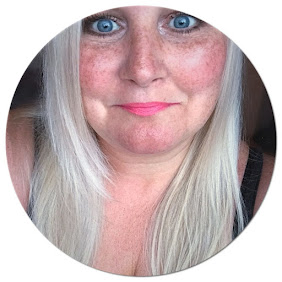