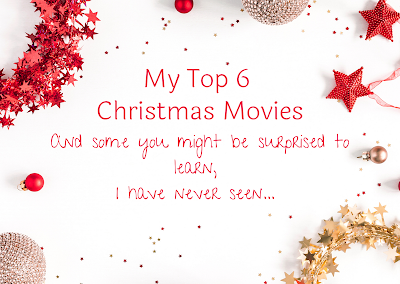 I love Christmas movies, if I'm not feeling very festive they always bring me some Christmas cheer and make me feel Christmassy. I do have some favourites though and today I'm going to share 6 of those favourites with you.
I feel like there were more Christmas films on TV a few years ago than there is now, or is it me? You could always guarantee a few showings of the classics in the few weeks before,  but now we have to pay to watch some of them or if you're like me, search the TV guide looking for your faves and setting the TV to record them if they are on at some point.
Anyway, I shall stop chattering now and share those 6 movies I love to watch and Christmas and then I'll share some I haven't ever seen, some might be a surprise to know. 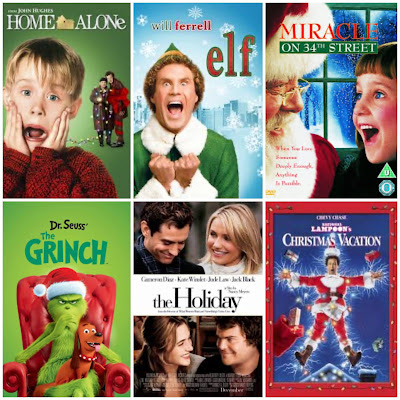 1. Home Alone - Home Alone is my all time favourite Christmas film, I can't believe it is 30 years old this year! I have seen it so many times but it never fails to make me laugh, I could probably recite it word for word and it really isn't like me to watch a film so many times, but I just love it.
2. Elf - Ahhhh Buddy the Elf, it always makes me smile, we were very lucky to see the stage performance in 2017 and it really was excellent, I wasn't sure if I would like it with seeing the film so much, but it's fabulous and it even "snowed" in the theatre at the end. If ever you have a chance to go, I'd highly recommend it.
3. Miracle On 34th Street - An oldie but a goody, well I suppose they're all old arent they? I only saw this for the first time about 10 years ago but I love it, it's a nice feel good family film that makes me smile, it's not slapstick humour like numbers 1 and 2, it's more of a nice film with a nice message too.
4. The Grinch - I adore The Grinch, it is my eldest daughters favourite Christmas film, and one we all watch every year, it was on at the theatre last year and we did want to see it as our annual family Christmas outing (we have a family day every year doing something together) but it was extremely expensive, so we didn't go, and compared to the price we had paid for Elf 2 years before, it was astrominical. I would love to see it at the theatre but not at those prices! We did all settle down to watch it last weekend, but it was the animated version so we a bit disappointed but nonetheless it was good.
5. The Holiday - This is one of those films I fell upon, it was on late one night a few years ago and we just started to watch it and really enjoyed it, we always catch it each year and it soon became one of my favourites.
6. National Lampoons Christmas Vacation - This is a classic, and one that makes me laugh out loud every time I watch it, especially the "squirrel scene" and if you have seen the film, you'll know what I mean, and if not, please watch it, I can promise you, that scene will make you laugh so much. The Griswald family films are always funny but this is my favourite, all Mr Griswald wants is a big family Christmas, what could go wrong?
Some Christmas Films I Have Never Seen 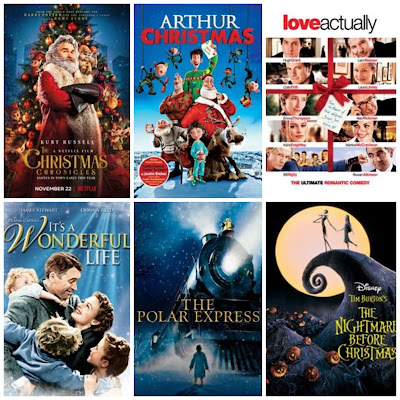 There are some Christmas classics I haven't yet seen, and this may surprise you, but these are the
6 Christmas films I have never seen.
1. The Christmas Chronicles - There is a second Christmas Chronicles film out this year and I still haven't seen the original, but it is on my list and I shall watch it this Christmas.
2. Arthur Christmas - Another one I have meant to watch but just haven't ever gotten round to it, my sister loves this one and she watched it recently with my niece and nephew, but as per usual, I missed it.
3. Love Actually - Now I know you're probably thinking "what the hell?" but I honestly haven't ever seen Love Actually, last year we actually recorded it after Christmas but then it didn't feel right to watch it when Christmas was over, but this year we are definitely going to watch it, I keep hearing people talk of certain scenes and how good it is, so this year, I'm on it!
4. It's A Wonderful Life - A classic that lots of people talk about, but I have never seen, one of Simons old bosses used to love this one and she always said I should watch it, but I haven't ever had the opportunity, I am going to scour the TV channels this year to see if I can find it.
5. The Polar Express - Another shocker, but I haven't seen it. I hear great things about it though and I will get round to it, there isn't any reason we haven't watched it, it's just never happened.
6. The Nightmare Before Christmas - This film has never ever appealed to me, and I'm sorry to my friend Asheigh if she's reading as she loves it and loves the characters, but I just never fancied it and don't know if I'll ever watch it.
So that's it, those are some of my favourite Christmas movies and some classics I have never seen, I do think if there were more Christmas films on TV like there used to be, I would have seen some of the ones I haven't seen yet, and I know some are on Netflix and some on Amazon Prime, but most of the ones on Prime (including Home Alone) you have to pay for which I think is ridiculous.
But hopefully this year I'll get to see some of the 6 I haven't seen yet, and next Christmas I might even have some different favourites for you.
Have you seen the films I haven't? And have you seen all 6 of my favourites? What's your favourite Christmas movie?