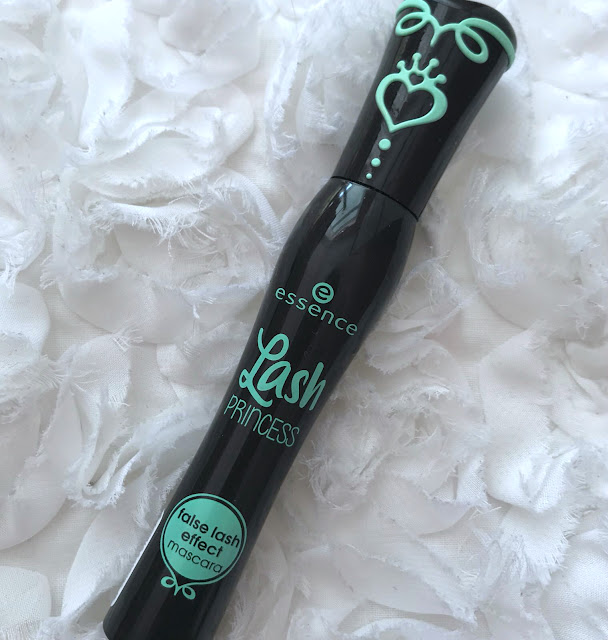 It's fair to say that I have absolutely rubbish eye lashes, they are very fair, short and straight and to make them look slightly decent takes a very good mascara and then I find I have added issue of smudging, smudging on my upper lid and my lower lash line, it looks unsightly but is also very annoying too.

I really like the packaging of the mascara, the green evening dress is such a pretty design complete with crown, there is also a volume and sculpted version of the princess mascaras with the volume having orange detail and the sculpted, purple. 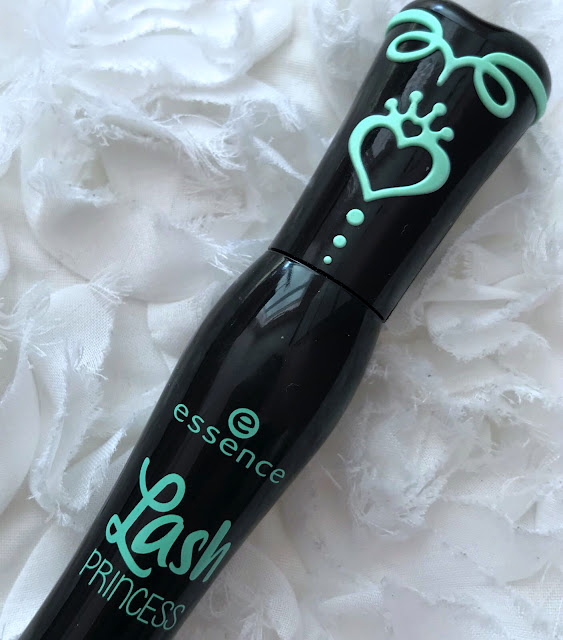 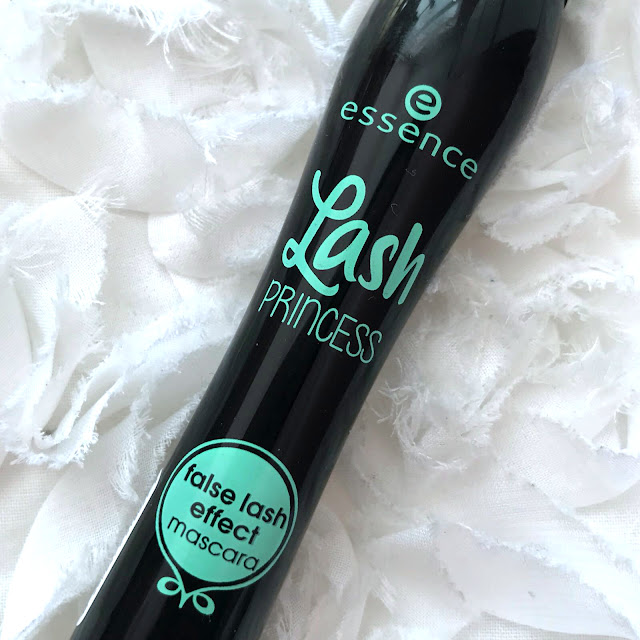 "Essence Lash Princess False Lash Effect Mascara will help you unleash your inner princess! The special, conic shape of the fibre brush provides lashes with length, dramatic volume and a false- lash effect. The packaging is decorated with a gorgeous evening dress in black-mint. Princess(ence) deluxe!" 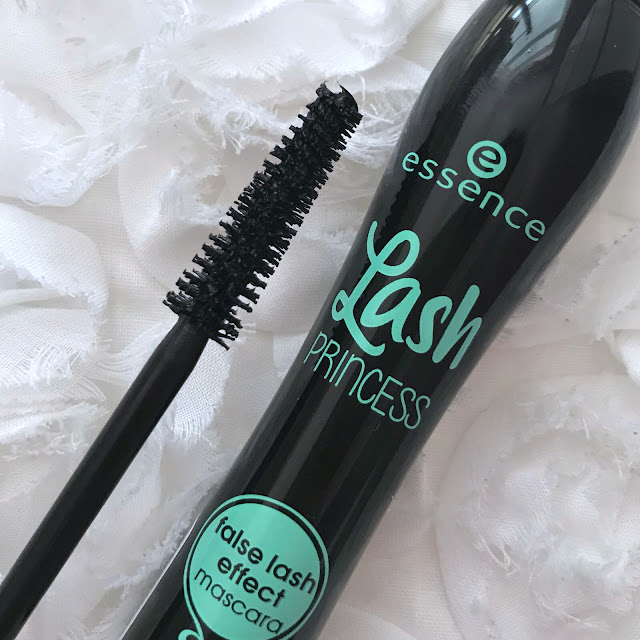 I really like the mascara wand, the shape of it means I can reach the small lashes in the inner corner of my eyes and it's great for applying mascara to my bottom lashes too.

I usually use 2 coats of the mascara, sometimes one and it applies really well without being messy and me ending up with mascara all over the bridge of my nose, the formula is just right without it being to wet or dry and it lasts extremely well and the mascara looks just as good when I remove it as it does when I apply it.

I don't wear makeup if I'm not going out and if I only have an appointment to go to, I just pop on some mascara and a pale pink lipstick or a nudey pink lipstick because it is such a lot of effort for me to put my makeup on, and the first time I tried the mascara I had a hospital appointment, I applied two coats of mascara and was so pleased how easy it applied without being messy.

I was amazed at how much longer my lashes looked and not only longer but fuller and nicely fanned out too, and they even had a slight curl, which is unheard of for my super straight lashes, but they looked incredible and I was really impressed. 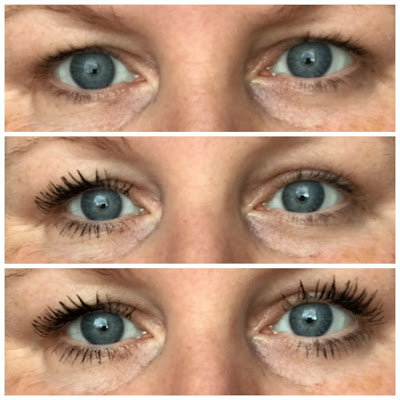 The hospital appointment I attended was quite a worrying one which resulted in me being in tears but my mascara didn't move, then later on in the evening, when I had been wearing the mascara for 12 hours, we watched the Stand Up To Cancer Goggglebox which made me cry, and when I say cry, I mean sob, it was very sad. I wasn't careful about dabbing my eyes, I just wiped away my tears.

After watching Gogglebox and some more TV, we went to bed and I completely forgot to remove my mascara (gross I know, but we've all done it, right?) it wasn't until 5am when I looked in the bathroom mirror and noticed I still had my mascara on that I realised, but not only did I realise I had left my mascara on, it looked great and considering I had cried at the hospital, then sobbed watching TV and then went to bed wearing it, it looked amazing!

I have worn the Essence False Lash Effect Princess Mascara since receiving it and it is absolutely incredible, I love it and haven't worn anything else and will definitely be re purchasing, it makes my lashes longer, fuller, nicely fanned out and have a slight curl which for me all is unheard and it doesn't smudge at all, which if I don't wear a waterproof mascara, always happens but not with this one. In the photograph above, my lashes are naturally darker before I applied the mascara as they'd been tinted but usually they're blonde and non existent.

I still can't believe that a mascara costing just £3.30 is so amazing, it is brilliant and if you haven't already tried it, then I can't recommend enough that you do, you won't be sorry!

You can find the Essence False Lash Effect Princess Mascara on the Wilko website priced at an amazing £3.30.

Have you tried the Essence False Lash Effect Princess Mascara? Do you love it as much as I do? Let me know in the comments if this is something you will be picking up if you haven't already tried it.